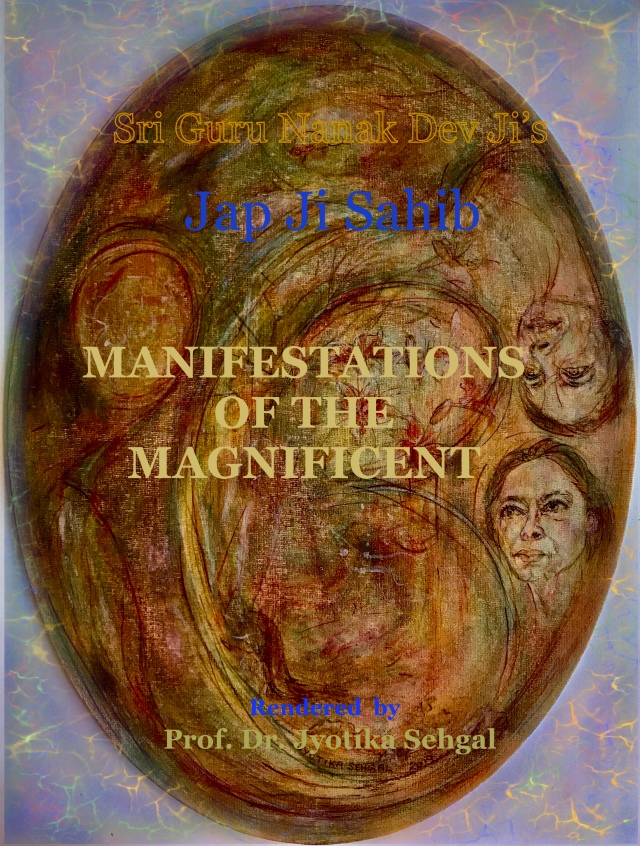 Manifestation of The Magnificent

The original holy text of the Jap Ji Sahib is transliterated from Punjabi into the Roman script, which is followed by its translation into English. I have further included a one-liner for each verse as the gist of its meaning to me.

In the second section, titled“The Womb of Illusion and Delusion”, I have elaborated each Pauri, step, as it progressed and also linked it with similar ideas originating at the previous stages.

For clarity, I have used different colours to distinguish various planes in the translation.

The book also offers a brief reference to the words and phrases connected with the practice of Sikhi.

This site uses Akismet to reduce spam. Learn how your comment data is processed.